The realization that one of your most important appliances is faulty is, no doubt, an unpleasant experience to have, especially if you had just intended on using it. One of the worst feelings is eagerly awaiting laundry day, only to realize your washer won’t start, for one reason or another – in this kind of scenario, you’re left with dirty clothes, no doubt. But that might not be the only reason to call in a repair expert. Depending on the severity of the malfunction and the type of appliance, you may need to take care of the problem as soon as possible, lest it escalate into something more serious. Here are a few reasons why faulty appliances shouldn’t be left to sit in the corner once they stop performing. 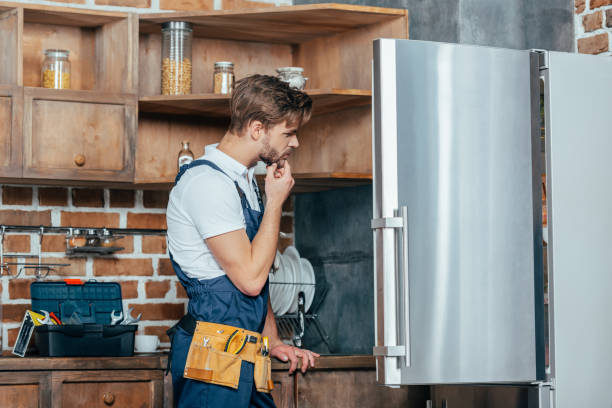 There’s simply no point in keeping a large appliance around if it isn’t doing its job properly. Sooner or later, you’ll need your central air or heating system to work efficiently, according to the whims of the weather. Bulky appliances, such as chest freezers and refrigerators, take up a great deal of space which could be used more strategically if the item is simply going to be laying around, collecting dust; in cases like this, it’s better to contact freezer or repair fridge services in Toronto sooner, rather than later.

Depending on the kind of malfunctions your appliances are experiencing, they could too easily become fire hazards. If your dryer has been temperamental, take certain precautions or avoid using it entirely. That is, until you’ve consulted with the best appliance repair experts in Toronto or someone who is more local to you.

But obvious culprits like dryers aren’t the only appliances you should keep an eye. Everything from microwaves and fridges can be unexpected fire-starters. Even dishwashers should be carefully considered when it comes to fire hazard – they contain heating elements that are used to dry dishes. This is why it is never advisable to turn on a dishwasher prior to going to out or at night while you sleep, especially if you’ve encountered problems with your washer in the past. In any case, it’s best to either dispose of or repair your broken item.

If you’re hoping to save money on your hydro bill next month, don’t count on it if your washer/dryer combo has been making a strange sound in recent weeks, or your fridge’s buzz is louder than usual. In cases like this, their parts are likely working overtime to get the job done, and as a result, are sucking up an undue amount of electricity.

This electricity-sucking inclination is very much true of faulty air conditioning units. Air conditioners don’t fare well with age, so whether or not you hear it squeaking erratically or it just doesn’t seem as cold as it used to be, it’s likely time for a check-up. Left to its own devices, an AC unit will likely stop working simply due to wear and tear. But not only will people still try to use their broken machine, they will do so knowing fully well that this strategy is ineffective and costly. If you don’t want power unnecessarily drained, then be proactive about it.

Don’t ignore your appliance problems – address them head-on. Rather than taking a risk and attempting to repair it yourself, contact one of our experts today – you can call us anytime to speak with our team of experienced and reliable repair technicians.